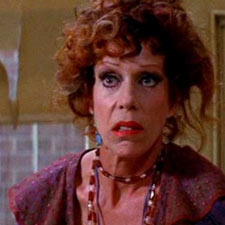 It is estimated that at least 91% of all individuals suffer from some form of Adultitis.

Adultitis is a common condition occurring in people between the ages of 21–121, marked by chronic dullness, mild depression, moderate to extremely high stress levels, a general fear of change, and, in some extreme cases, the inability to smile. Patients can appear aimless, discontent, and anxious about many things. Onset can be accelerated by an excess burden of bills, overwhelming responsibilities, or a boring work life. Generally, individuals in this condition are not fun to be around.

A few short years after its discovery, the wise and prolific Seth Godin astutely pointed out to us that Adultitis quite literally means, “swelling of the adult.” He couldn’t have been more right. Responsibility, rationality, and practicality are important traits to possess, but the moment one starts becoming swollen with too much adultness is a cause for great concern.

How many people have Adultitis?

Unfortunately, because it often goes undiagnosed, there is no way to tell exactly how many people are currently living with Adultitis. Based on results from our in-depth intake, we’ve been able to determine that as many as 91% of the population may be living with some form of the disease. In layman’s terms, whatever number it takes to qualify as an epidemic, multiply that by at least seventeen. In comparison, Adultitis makes the Black Death plague of 1347 look like a trip to Disneyland. 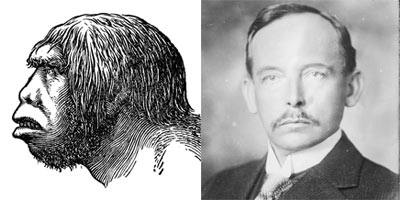 Although Adultitis wasn’t officially discovered until 2005, it is now believed that it has existed for centuries.

Although it is believed that Adultitis has been around for centuries, it was only relatively recently discovered and named by Jason Kotecki. The first breakthrough came when he made the peculiar observation that children rarely complain about being “totally stressed out” and seem to enjoy life way more than grown-ups. Further research unveiled that the average four-year-old laughs approximately 400 times a day, while the average adult laughs just 15 times per day. At that point, Kotecki realized that he was one the verge of something big. He found that this discrepancy between children and grown-ups was not caused simply by a decrease in exposure to Saturday morning cartoons and knock-knock jokes, but by a real, debilitating disease he ultimately dubbed Adultitis.

Is Adultitis lethal? What are the effects of Adultitis?

Yes, Adultitis can kill you. Adultitis causes stress — lots of it. Chronic stress can raise cortisol levels and weaken our immune system, making us more susceptible to colds and the flu, as well as more serious health problems like heart disease, diabetes and other diseases, along with things like suicide and fatal accidents. In fact, 75% of all of our doctor visits are stress-related.

Not only that, but Adultitis is costing us money. $300 billion, or $7,500 per employee, is spent annually in the U.S. on stress-related compensation claims, reduced productivity, absenteeism, health insurance costs, direct medical expenses and employee turnover. (Source: The Centers for Disease Control and the National Institute for Occupational Safety and Health)

People who are relatively Adultitis-free tend to live much longer, enjoy life much more, and are less likely to have co-workers and family members go out of their way to avoid them. Adultitis not only causes stress, but it can be responsible for a loss of vitality, sleeplessness, anxiety, and in some extreme cases, the complete inability to smile. Obviously, it’s a force to be reckoned with. 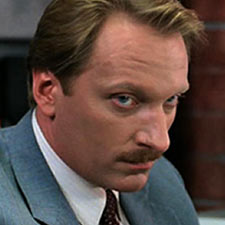 If you work with, work for, or live with this man, you are at greater risk for contracting Adultitis.

How does a person contract Adultitis?

There are many different ways in which a person can contract Adultitis, which is highly contagious. Here are a few known ways:

Why is Adultitis often undiagnosed?

Adultitis goes undiagnosed for a variety of reasons. For one, adults are not usually able to discern whether or not someone has Adultitis simply by looking at him or her. (Ironically, children can spot an adult with Adultitis almost immediately.) Secondly, most of the physicians who are in position to diagnose and treat patients often have Adultitis themselves, which at best clouds their judgment or in worst-case scenarios, causes them to deny Adultitis even exists. Finally, up until now, we really knew very little about Adultitis. That is why it is so important that you get yourself tested, and help spread awareness to others.

Is age a contributing factor in contracting Adultitis? 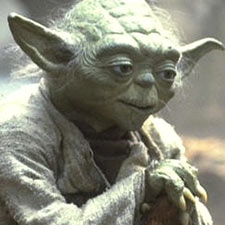 This individual (name withheld) lived to be 900 years old, and was determined to be relatively Adultitis-free.

Surprisingly, no. People of all ages are susceptible to Adultitis, and there is no particular age in which risk for onset is especially pronounced. There are 90-year-olds who are 100% Adultitis-free and others who are full-blown Adultitis-ridden bumps-on-a-log. The same can be said about 30-year-olds, and every age in between.

Unfortunately, yes. Although all children are born with natural immunity, certain circumstances have been known to trigger a condition known as Juvenile Adultitis. Children who are under an intense pressure to succeed in academics or athletics, as well as those under the care of short-sighted, selfish, overbearing grown-ups are especially at risk.

I’ve heard children are the cause of Adultitis. Is that true?

Adultitis is a wily foe. It likes to operate under the radar, preferring to stay anonymous. It will utilize any circumstance in a person’s life to its advantage, which usually turns that circumstance into an easily-blamed patsy. While Adultitis does indeed like to hide behind situations that involve children (especially teething infants who are not yet sleeping through the night), it can also make itself right at home in the midst of health or financial challenges, as well as other common periods of stress like unemployment and times of loss. Generally, Adultitis is not caused by any one particular challenging circumstance, but rather by our responses to them. In fact, many studies have shown that kids can actually be a remedy for Adultitis. 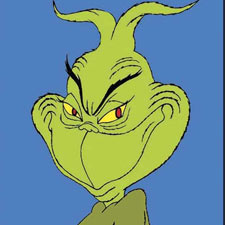 This patient was diagnosed with one of the most extreme cases of Adultitis ever documented. His stunning and complete recovery serves as beacon of hope to this day.

Can Adultitis be cured?

It is rare for Adultitis to be completely cured, but it can happen. Typically, Adultitis is treated and brought into a controllable state of remission. Of course, the earlier Adultitis is detected in an individual, the easier it is to treat and control.

Thanks to years of research and clinical studies, we’ve gotten to the point that with a steady, non-intrusive and ongoing treatment plan, most people can live productive, exhilarating, and relatively Adultitis-free lives.

Unfortunately, this war is far from over. Please get yourself tested, and help us increase awareness to others so that we can wipe out this scourge from the face of the Earth.